On September 5, 2016, the University of Nebraska at Omaha Jazz Ensemble embarked on an 8-day tour of Lithuania and Latvia to facilitate exchange programs with Šiauliai University and the Latvian Academy of Music. The tour also allowed UNO faculty and students to participate in events to celebrate the 20th anniversary of the sister-city relationship between Omaha and Šiauliai.

The Jazz Ensemble performed three concerts in Lithuania at the Šiauliai Drama Theater, the Šiauliai Big Band Festival, and a final performance in the city of Klaipèda, featuring the Mayor. In Latvia, the Jazz Ensemble was featured in concert at the Latvian Academy of Music, which was received by a standing ovation from the students and some of the most renowned professors in Latvia. 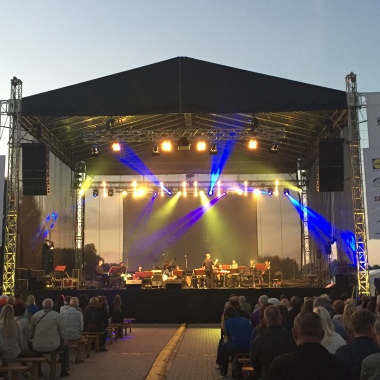 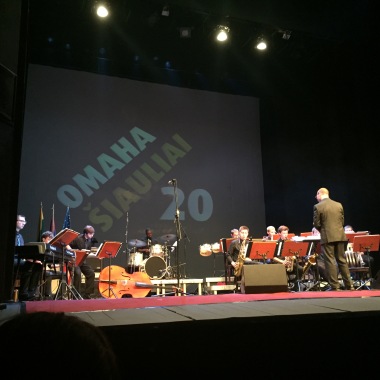 UNO faculty members were also featured in performance at the Šiauliai Cathedral, which was packed by a very enthusiastic audience. A second performance took place in Riga, Latvia, at the Museum of the History of Riga and Navigation, to remember those who perished on 9/11 fifteen years ago. The concert was organized by the US Embassy in Riga.