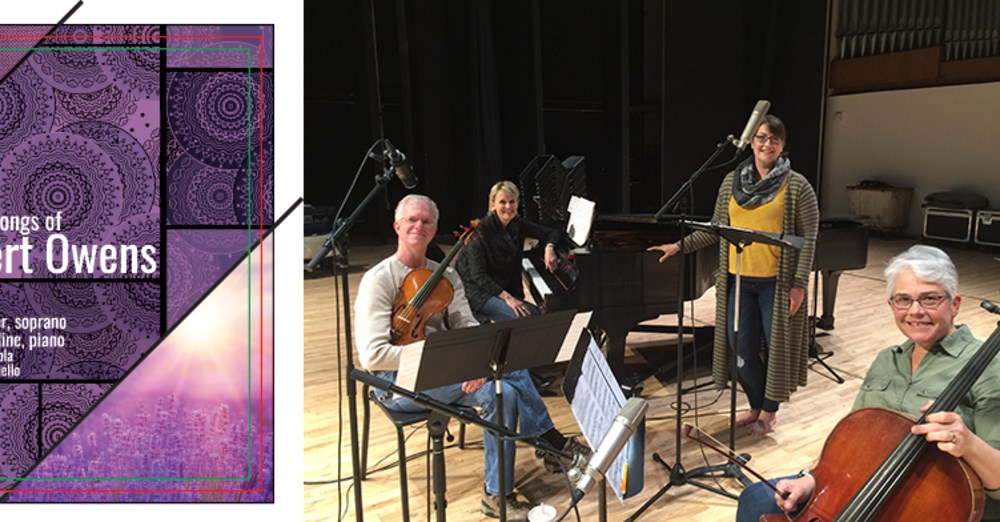 The songs included on the CD are the last pieces composed by Robert Owens before his death in 2017. Reimer is joined on the CD by Stacie Haneline, piano; Clark Potter, viola; and Karen Becker, cello. Assistant Professor of Composition, Emerging Media and Digital Arts Tom Larson engineered the recording.

Robert Owens was born in the U.S. in 1925 and grew up in California. After serving in the military, he continued his musical studies in Paris at L’Ecole Normale de Musique under renowned pianist Alfred Cortot. After teaching in the U.S. for two years, he returned to Europe to live and work in Germany, where he was a composer, pianist and stage actor.

The songs included on the CD include the song cycle for soprano and piano “4 Sonnets to Eleonora Duse,” with poetry by Sara Teasdale that were written for Reimer in 2012.  Also included are three chamber music works: “The Mouse and the Camel,” “4 Songs for Mezzo Soprano and Viola” and “2 Songs for Mezzo Soprano and Cello,” set to the words of Persian poet Rumi.
Owens traveled to Lincoln in March 2015 to work with students and faculty on his music, but he was unable to make a return trip to see the opera performance that August. He died on Jan. 5, 2017.

The final selection on the CD is Owens’ unpublished arrangement of “Amazing Grace”.