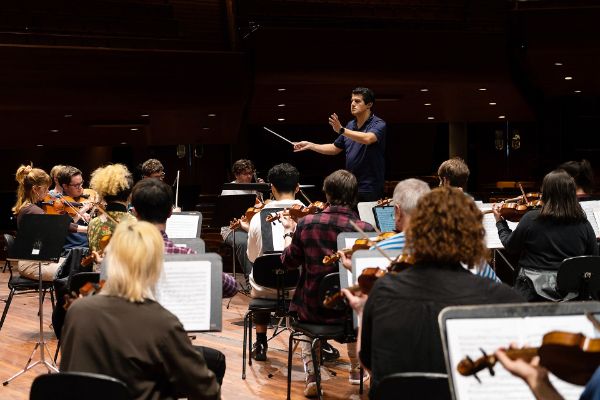 An Emmy Award-winning and Grammy Award-nominated conductor has inspired musicians as young as six years old with a series of special workshops and classes in Wellington. Acclaimed United States-based Peruvian Miguel Harth-Bedoya has been brought to the Capital by the New Zealand Symphony Orchestra for the sessions with young musicians, composers and conductors, ahead of conducting the Orchestra on 27 September.

Last week at the Michael Fowler Centre, Maestro Harth-Bedoya conducted about 50 young musicians, ranging in age from six to 16, from Lower Hutt-based Arohanui Strings. The young musicians were also mentored by NZSO players.

Maestro Harth-Bedoya joined the UNO School of Music as Director of Orchestral Studies this fall.